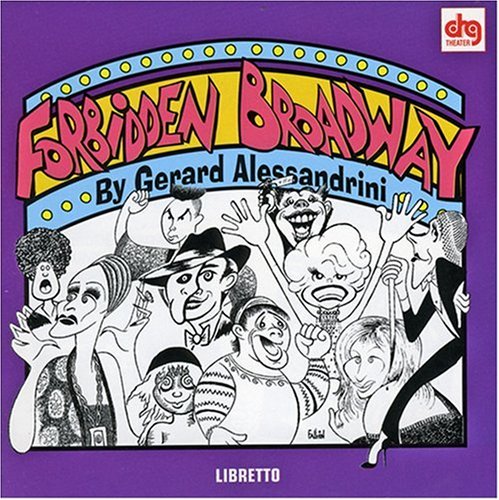 The legendary off-Broadway revue Forbidden Broadway collects 15 years of its hilarious parodies (called "unoriginal cast recordings") into this four-CD box. No institution is safe from this astonishingly talented (and believable!) troupe of mimics led by Gerard Alessandrini, as they poke fun at the biggest shows and the biggest stars. Some examples: Patti LuPone's "I Get a Kick Out of You" becomes the self-adulating "I Get a Kick Out of Me" ("Some snort cocaine when they're low / I need no sniff 'cause I think, 'What's the diff? / I'm already terrific to see' / And I get a kick out of me."), and "I've Never Been in Love Before" from the often-revived Guys and Dolls becomes "I Know I've Seen This Show Before" ("Why take a chance on something new and bold / The better shows are old / And Sondheim is a chore."). Since it tends to skewer specific performers or productions, Forbidden Broadway can become dated quickly, but thanks to the miracle of cast recordings, not to mention interminable runs and tours--no names, please--the targets are still familiar, and the more you know, the more you'll laugh. It's like taking a very warped tour of the history of Broadway in the 1980s and '90s, and the Great White Way may never recover. --David Horiuchi

You Can Do It Baby Feat George Benson B07FJL2CN5